Cookies help us deliver our services. By using our services, you agree to our use of cookies.
OK
Learn more
Learn more about cookies
OK
"REBELLIOUS SPIRITS,
The Grand-Bornand offers a sports field where you can play without limits. Between heaven and earth, enough to let his adventurous nature express itself..."
__________

WALK A GOOD STEP...
Long walks through forests, mountain pastures and hamlets along 150 km of marked trails in summer and 60 km in winter. In all seasons, listen to an intense pastoral life punctuated by the making of the famous Reblochon cheese and discover the richness of the local architecture. In summer, admire the flora and fauna: chamois, ibexes, marmots and another vulture, the largest bird of prey in Europe. Finally, do not hesitate to savour the blueberry or blackberry at the bend in the path.
Lac de Peyre
Start: Col de la Colombière
Elevation: 500m
Duration: 1 hr 40

Follow signs saying "Lac de Peyre 1h40" from Col de la Colombière car park and head onto the wide path that soon takes you to a sheepfold (Chalet de la Colombière). The path becomes steeper and narrower winding up to a grassy sloping ledge before you reach Lac de Peyre.
This little glacial lake lined with cottongrass is popular among photographers and has fabulous views of the Aravis Mountains with the spectacular Mont Blanc in the background.
Pont des Romains
Start: Le Grand-Bornand Village, tourist office
Elevation: 110m
Duration: 1 hr

20m high and as its name indicates, the Roman bridge, which spans the Nant du Chinaillon, is located on the old Roman road to the Colombière pass. Walking along the Borne, you leave the leisure area to join a covered and then sparse path that will lead you to the Roman bridge. This beautiful structure stands between the torrent of the Chinaillon, on a site offering peace and coolness.
GO ON A HIKE
__________

BUCKLE THE BUCKLE!
Cyclos, Le Grand-Bornand knows one... ray!
Approved by the bike-friendly "Accueil Vélo" label, Le Grand-Bornand is a major stop on the Route des Grandes Alpes, a famous bike tourism route that goes from Lake Geneva to the Mediterranean Sea, via the most beautiful Alpine passes. A 12km category 1 mountain pass with up to 11% slope from the resort, Col de la Colombière remains a classic part of The Great Loop, which can (also) be tackled on an e-bike, if you want to follow in the wake of the Tour de France champions without breaking a sweat (almost). There are about a hundred e-bikes available to hire from service and accommodation providers around the resort.
MTB, Le Grand-Bornand is exploring new trails...

This summer will see the rise of a new marked altitude course specially designed for amateur mountain bikers who want to join the wheel of the most experienced riders. Profile for electrically assisted ATVs and accessible from Le Grand-Bornand, La Clusaz and Saint-Jean-de-Sixt, the new Tour du Danay adds a marked forest track of about ten kilometres and red difficulty - open from spring to the first snow - to the Grand-Bornand mountain bike area. Fun, shaded and punctuated by beautiful panoramas of the Aravis, the route is shared with pedestrians and hikers. After the delivery of the famous Tour du Lachat, this is a new step in the development of the bike park, bringing the number of marked itineraries from Le Grand-Bornand to 103 km.
CYCLING     MTB
Among other new features, the MCF specialist school will be offering all summer long electrically assisted mountain bike rides at night, accompanied by a Savoyard dinner in a mountain chalet. Before heading back down to the village with your head in the handlebars, on your headlamp and under the stars...
__________

A Mecca for free flight sports, just a stone's throw from Lake Annecy and the famous Col de la Forclaz pass, Le Grand-Bornand benefits from aerological conditions that are a reference for paragliders. So much so that the take-off site of Mont Lachat (alt. 2100m) is "ideally oriented in relation to the wind, which allows you to fly in several directions, on the faces exposed to the east in the morning and to the west in the afternoon, thus opening up the possibility of trips to Annecy or Chamonix", testifies Maeva Giacometti, three-time French champion in the discipline, who is based at Le Grand-Bornand.
FLY AWAY
The cliff of La Colombière, at the foot of the pass of the same name regularly climbed by the champions of the Tour de France, is a flagship climbing site of Les Aravis, at an altitude of 1800 m and facing Pointe Percée. With 64 routes of varying difficulty marked by a particularly steep cliff foot, this limestone area with its very adherent rock encourages friction passages. In a superb site in a quiet environment where, with a little luck, you might surprise the majestic flight of the gyapète, climbing is varied: scales, holes, slabs in grip or with small grips, flutes.... The Compagnie des Guides des Aravis offers various types of internships and other supervised introductory sessions for the general public.
Or let yourself be tempted by the via ferrata and the site of the Tour du Jalouvre in an airy and mineral atmosphere.
TAKE HEIGHT
__________

AIM TRUE
For those who dream of following in the footsteps of Martin Fourcade, the undisputed star of the next French leg of the World Biathlon Cup in Annecy-Le Grand-Bornand, from December 14th to 20th 2020 in Le Grand-Bornand, the resort is offering introductory biathlon sessions... in the summer. It's the same principle: shoot a target 10m away using a compressed air rifle then a race and relay in the spectacular setting of the Bouchet Valley.
Grand-Bo’ Archerie brings archery to "P’titesPlumes" aged 5-7 with half hour taster sessions at the stunning leisure area in Le Grand-Bornand where the Aravis Mountains unfurl in all their glory in the background. Older siblings can let off steam at new "Archery Touch" classes, a fresh take on dodgeball where the aim is to hit the opposite team as many times as possible with helmets and foam arrows at the same time as not getting hit yourself!
SUMMER BIATHLON      archery
__________

Refuge de la pointe Percée - Gramusset
Both the object of a family hike accessible from the Col des Annes and a stopover in the more sporty ascent of Pointe Percée, the highest point in Grand-Bornand overlooking the Aravis mountain range from the top of its 2750m, the Gramusset refuge remains one of the last refuges of the CAF (Club Alpin Français) to offer "old fashioned", rustic and exotic comfort. Set in the heart of a characteristic landscape of lapiaz, limestone reliefs sculpted by the confused work of glaciers and wind, we appreciate the impression of high mountain that emerges, austere and sublime and less than two hours' walk from the mountain pastures.
Le Repaire
This lovely mountain chalet with 45 covers is in a late 18th century farm at the start point for hikes up the Le Jallouvre mountain range and sits alone at the foot of the famous La Culaz climbing site surrounded by mountain pastures with full-length views of the Aravis Mountains from the belvedere. Step into this Heidi-esque hut and feast on hearty dishes showcasing the mountain tradition for stews and casseroles that are placed in the middle of the table for everyone to tuck into...
REFUGE OF THE POINTE PERCÉE - GRAMUSSET     LE REPAIRE
__________

ASK FOR THE PROGRAM!

Saint's Feast Day on August 15th
The fun and food-filled local festival on August 15th plays host to the traditional Bescoin bread blessing, a mammoth tartiflette for everyone to share and the madcap Tractor Farm Academy. Basically, it's an international tractor race for kids (driven by adults) that sees over 150 well-trained daredevils battle it out in the village centre every year.
AUGUST 15TH FESTIVAL

Virées en Aravis
Developed on the scale of the massif by the Communauté de Communes des Vallées de Thônes, the new application Virée en Aravis allows you to use your phone like a GPS. Choose a route and download it according to your criteria (level of difficulty, theme, etc.): you no longer need an Internet connection to practice your hike once the information is loaded onto your mobile phone. The app, which is regularly updated by mountain professionals, also integrates directional indications and other points of interest with interactive and audio content, and the possibility of sharing via social networks. So you can enjoy the landscape while discovering the heritage, fauna, flora and even the local products that enhance your walk.
BOOK YOUR STAY 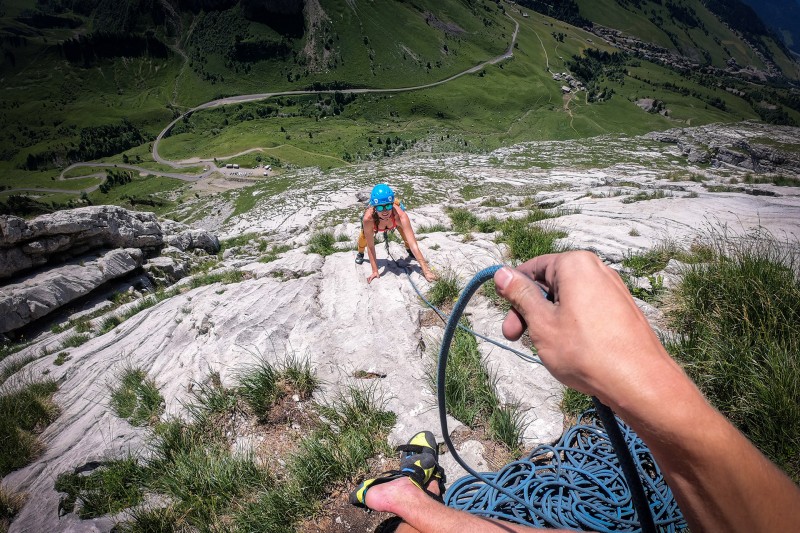 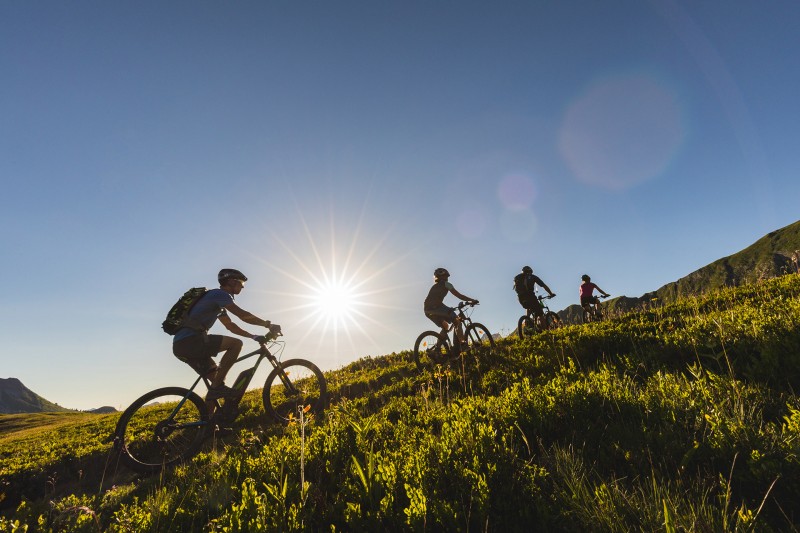 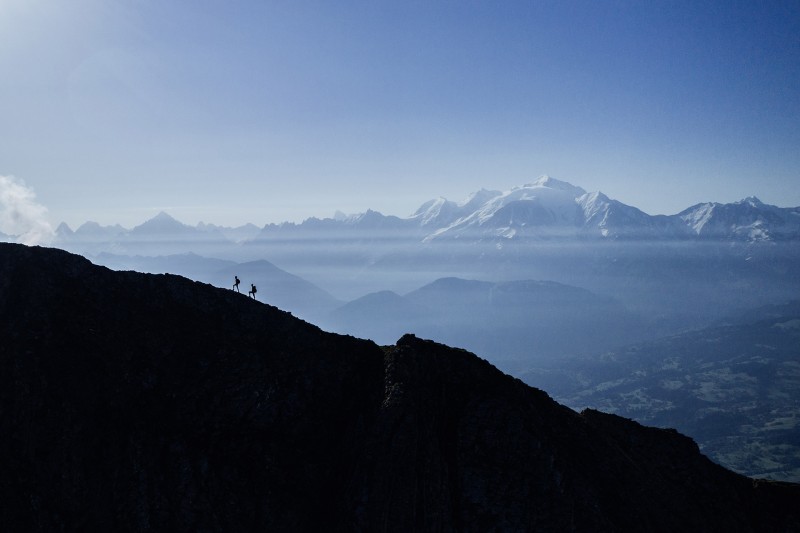