Cookies help us deliver our services. By using our services, you agree to our use of cookies.
OK
Learn more
Learn more about cookies
OK
"NOTICE TO EPICUREANS,
Le Grand-Bornand vibrates with a new chic arty blending tradition and pioneering spirit, to enjoy a retreat that is conducive to let go of initiates."
__________

YOU COULD TAKE A LITTLE OF... HEIGHT?

The yoga hike to align with nature...

In addition to the weekly introductory sessions to Satiam YogaTM by the Grand-Bornand Tourist Office and the Satiam Academy in Annecy, The Bureau des Guides des Aravis offers a hiking tour led by Mylène Dunoyer - mountain guide and certified Yoga Alliance yoga teacher - punctuated by workshops combining body awareness, yoga alignment with postural sequences, connection to the breath and full presence to enjoy the pleasure of being and walking, in all simplicity.
Masala Yoga: the Himalayas come to France!
Le Grand-Bornand's very own Alexia and her partner Tilby are a young pair of adventurers with a love for the area who have decided to hang their hat and unroll their carpet in one of the resort's former hotels. They bring you a new yoga class that gets the best out of the site's quirky character: high ceilings, coving and room numbers on enamel plates, original floorboards and breathtaking views of the Aravis Mountains that are quite spectacular from this Himalayan-style balcony. Their approach is in line with Indian philosophy true to the authentic and traditional methods yogis have been teaching for centuries. Their classes include asanas (body postures), pranayamas (breathing exercises) and meditation. It's not a competition; everyone performs the moves at their own pace with a heavy focus on how they feel and an open mind about other traditions: Tibetan, Native American etc.
BECOME A YOGI
A Mountain to... Crunch, during a hike

As they walk along the paths, along the torrents or in the heart of the mountain pastures, budding artists will see their notebooks filled with drafts and sketches, witnessing a very creative discovery of the mountain alongside the watercolour painter Hélène Godillon, a graduate in Plastic Arts.
To your pencils
__________

CELEBRATE THE TASTE BUDS...
Go "green" and cook mountain plants...
Christine Belleville, well-known activist for a shared, creative and responsible cuisine, offers beginners pickers to follow her on the secret paths of Bouchet Valley where they will discover plants with unrecgonised qualities such as St.John's wort, arnica, plantain,...
Whether you prefer creating your own herbal teas, balms and other repair oil with your picking, or learning how to cook wild plants, you will never look at mountain flowers the same way.
Aperitif on the golf course at Le Rocher Blanc
Le Rocher Blanc, a member of Club Golfy, France's top network of golf courses, is a relatively technical course nestling amongst prairies and groves of spruce trees, with a little stream running through it. Its ten holes, officially recognised by the French Golfing Federation, and its 200m-long driving range are the perfect place to work on your game in a splendid setting, with picturesque hamlets in the distance and spectacular views at the foot of the lofty Aravis mountains. The Le Grand-Bornand green stretches out over former farmland with some sights still left to see - an ancient farm, clubhouse in a converted barn next to the old chalet and a little stone bridge - while you work on your accuracy and technique.
Every Tuesday at 5pm, Le Rocher Blanc puts on "golf aperitifs" with a 90 min introductory golf class followed by an aperitif serving local produce (Reblochon cheese, cold cuts, Savoie wines etc.) at affordable prices.
Work on your swing
Put your feet under the table and your head in the stars at Frasses Jacquiers…
Step into the 1788 mountain chalet clinging to the side of Mont Danay where the Favre-Félix family (Mado, Jean and Yannick the son) keep their tradition for home cooking using fresh farm produce alive... available to order the day before! It couldn't get any fresher with bespoke banquets where you can choose hearty local dishes (their "farçon" is legendary) from a menu with three options to enjoy in the Alpine garden feel of the terrace looking over the Aravis Mountains…
Aux Frasses Jacquiers

Imagined by a collective of Borden merchants "all children of farmers and peasants at heart", according to Framboise Missillier, Aux Comptoirs des Alpes offers, in the precious setting of a "new look" grocery store, the best of Alpe's products. Filling the stalls surrounding the "carnotzet" - a place conducive to conviviality, in local dialect - serving as a wine and coffee bar, cold meats and Savoyard cheeses, but also from Switzerland and Italy, organic and hazelnut crozets, beer cellar from the local microbreweries and a bornandin honey puller, reveal the incredible variety of small alpine craft productions, in a setting that reminds one of the town halls.
AUX COMPTOIRS DES ALPES

The Bescoin, from the Princes' table to the patronal festivities of 15 August

A purely local recipe, as little known as it is ancestral, the bescoin - derived from the word "biscuit" - is a soft brioche roll with aniseed and saffron that the Princes of Savoie loved and that is still offered to its godchildren on the occasion of the Bordandine patron saint's day, which takes place on 15 August. The bescoin is then blessed in the church of Grand-Bornand before being shared and enjoyed by all under the grenette.... However, two artisan bakers in the village, Bruno Bétemps and Philippe Vulliet, produce and sell them in their shops all year round. Their tasting advice: "savour the bescoin by simply spreading it with a little butter and honey. "Enough to reconcile gourmands and... gourmets!
Mountain Festival
The Beauregard Music Festival strikes a chord
The 4th Beauregard Music Festival is coming to the Aravis Mountains from July 23rd to August 1st and touring with a few dates in Le Grand-Bornand including a musical hike on Monday July 27th. This classical music festival in unspoilt natural surroundings is a memorable musical experience that has already made a name for itself on the French classical scene. Its success is down to its original concept of bringing famous artists and rising stars together on stage in a fabulous setting to explore a theme, this year's being "Russian Mountains"... A journey through the Russian classics from the St Petersburg's riches to Central Asia's steppes.
Highlights 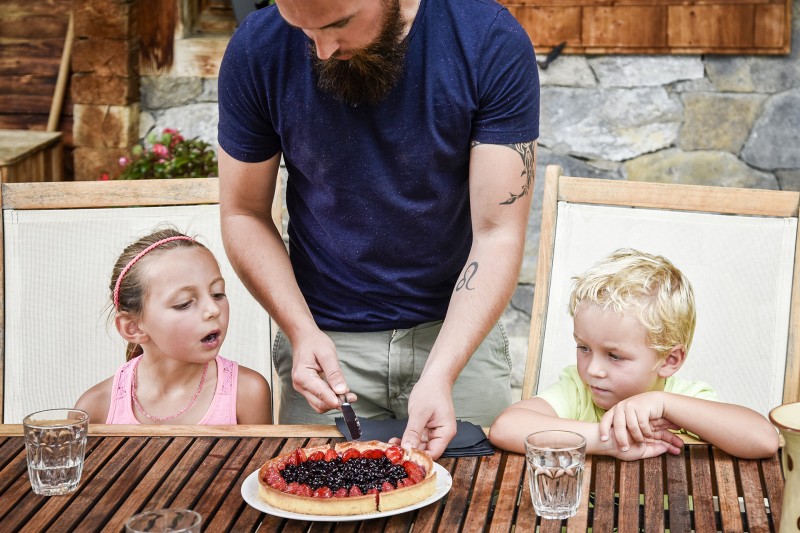 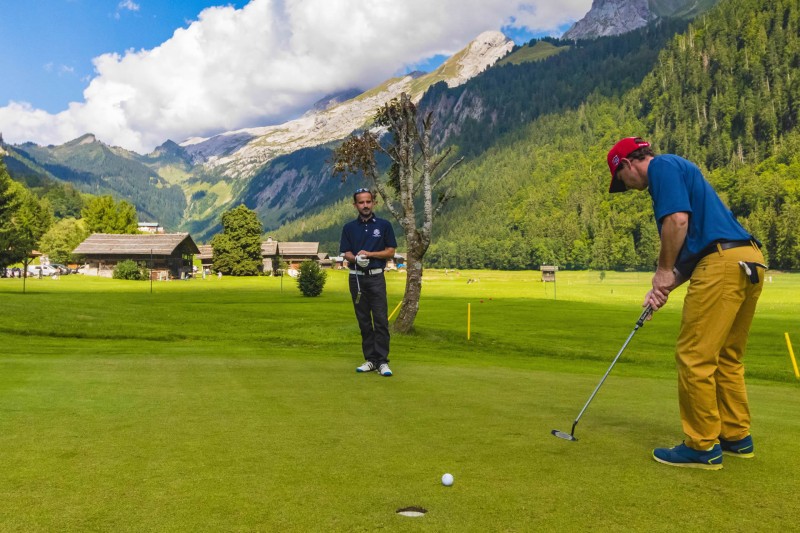 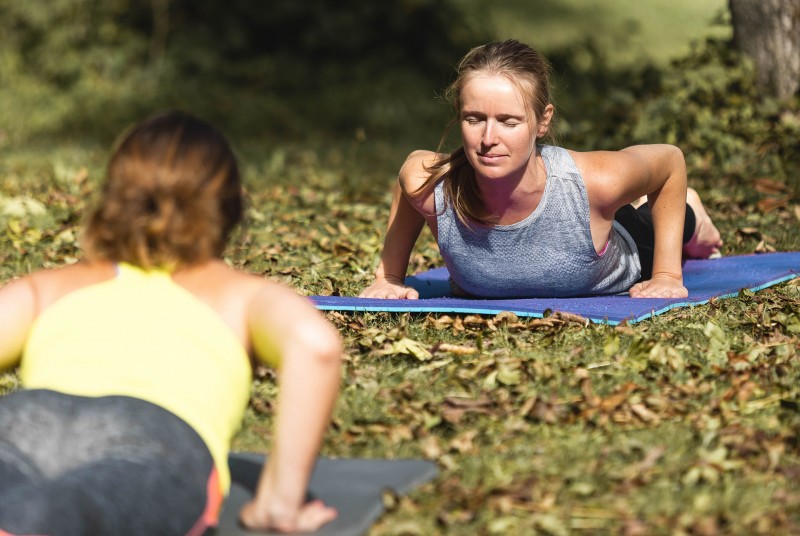 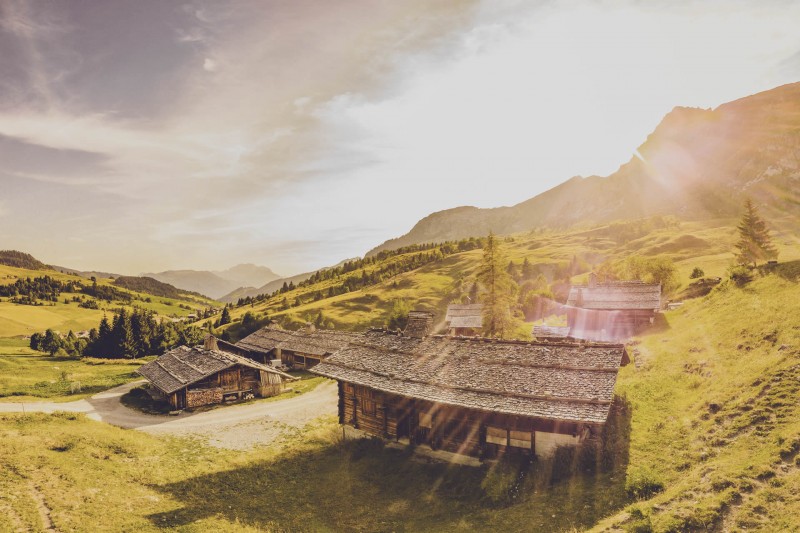